Skip to navigation
Are You In Need of an Experienced Attorney? Contact Me Today 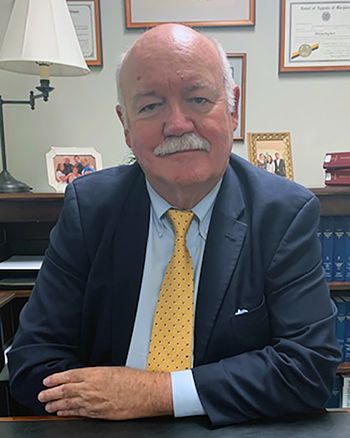 A conservative estimate of the number of trials in which he has participated in his career is well more than a thousand.  Including cases that have been settled he has been counsel in thousands of cases over his career.  In addition to his trial experience, he has participated as lead counsel in dozens of appeals collectively in the Court of Special Appeals, the Court of Appeals, and the United States Circuit Courts of Appeals for the Fourth Circuit, and the District of Columbia.  More than a dozen of those appellate cases have resulted in reported opinions.  In 2002 he was named a life member of Kingston’s National Registry of Who’s Who as a consequence of his appellant work.

Institutions such as government, banks, lenders, insurance companies, etc. retain and employ lawyers whose practice is focused on the types of cases in which those clients are typically involved.  That affords their lawyers an opportunity to develop experience in particular legal subject matters.  Mr. Ford’s goal has been to provide the same type of effective representation to individuals, families, and small businesses in an effort to level the playing field in the courtroom when legal issues arise between large entities and individuals.  Over decades he has accomplished that goal thanks to people like you who have entrusted him with their legal issues.  If you need assistance with a legal issue in his practice areas you are encouraged to contact attorney William Ray Ford here.  Or Call us.

My goal is to make your life
better than it was before.